Deputy Chairman of the Business Council at the CSTO, Ivan Polyakov: standards of armaments should be uniform

For four years, the Interstate Commission for Military-Economic Cooperation of the Collective Security Treaty Organization has been operating a Business Council, which should develop proposals for solving the most important problems of interaction between enterprises of the defense-industrial complex of the CSTO member states. First Deputy Chairman of the Business Council at the MKVES, Director General of the Popov Radio Plant Production Association Ivan Polyakov told the RIA Novosti correspondent about the problems. 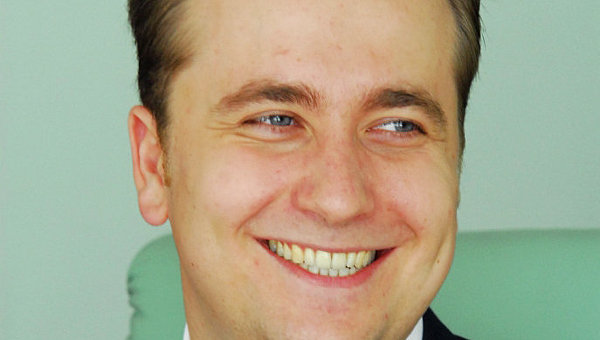 - What, in your opinion, is the most important problem of cooperation of the CSTO states in the field of military-technical and military-economic cooperation?

- There are a lot of problems before the CSTO, like any other actively developing organization, but I would like to single out one, since it is directly related to the activities that I do. In the field of communications and control systems today there is no document that would oblige all the CSTO member states to adhere to uniform standards.

Meanwhile, the tenth meeting of the MKVEC and the Business Council, which was held on November 1 of this year in Astana, was very successful - a number of agreements were signed, and most importantly, we were finally able to agree on the principles of creating an interstate system for cataloging and standardizing supplies, weapons and military equipment. technology. A list of enterprises was also defined, the specialization of which was decided to be maintained in the interests of all the CSTO states.

Now we can talk about the formation of a full-fledged list, which includes more than 500 enterprises of the military-industrial complex of all without exception the CSTO countries. In each country there are enterprises producing military products, and not only in the interests of their own army, but also of the Organization’s member states.

- That is, the CSTO, having created the general political system of the organization’s activities, is already moving on to solving more specific, economic problems?

- Indeed, today we are at the point where we need to decide not so much with the strategy of military-political or military-economic activity, but with practical steps. Their consequence should be the revival of that potential, which is still preserved in most cases and in most states. This potential is significant, and the main task of the Business Council is through practical steps, through direct contacts not only between countries, but also between enterprises, to reanimate this potential and direct it towards strengthening the combat capability of our states.

The list of industrial-military enterprises that we have created, of course, cannot be final, it is possible that it will soon expand significantly. Today, 80 percent are enterprises of Russia, many enterprises from Belarus and Kazakhstan, there are enterprises in all other states of the CSTO.

Much work, in particular, is being done in the field of communication and control systems. For example, the radio plant them. Popova, who I head, is actively working with colleagues in Kazakhstan, Armenia, Belarus on the creation of joint ventures in the development and production of samples for communication systems of tactical, operational-tactical and strategic levels of government, that is, all levels of government military organization management.

The current regulatory framework of the CSTO makes it possible to conduct effective activities and interaction without hindrance, including on such venues as the Business Council. If we compare the current situation with what was ten years ago, now it is fundamentally different and there are no significant formal restrictions for conducting this type of activity. Of course, everything must comply with the laws of the country, subject to control by the relevant services of the state. It should be understood that the issue of creating production associations in the CSTO space is of strategic, political importance, even more than economic.

- Let's return to the problem of uniform standards in the field of armaments and military equipment. Recently, a number of CSTO countries have been purchasing or receiving in the form of free assistance weapons, equipment and communications. How does this fit in with existing or prospective interaction rules?

- We believe that the issue of rigorous implementation and application of uniform standards in the development, creation, supply and use, as well as the disposal of weapons and military equipment is of fundamental importance. However, in all states, without exception, precedents are noted that cannot please us.

Attempts to penetrate foreign contractors, foreign participants, thanks to the efforts of their lobbyists in a particular CSTO state, including, by the way, in the Russian Federation, lead to the creation of certain special conditions for them. Foreign enterprises, in fact, are outside the framework of the requirements of state standards. This applies, for example, to drones that Israel is buying from various countries, including Russia.

Speaking objectively, Russia is a kind of legislator in the field of weapons and military equipment and has a more extensive system in this area, at least among the CSTO countries. It turns out that certain requirements are imposed on Russian UAVs, which include very clear development regulations, issuing tactical and technical requirements agreed with the customer, multi-stage state tests, etc., and requirements for foreign companies and their products are much simpler. if not minimal.

We should not be guided by specific suppliers of military products, but by a system of state standards, which we still need to build. This is an urgent, objectively existing problem, without the solution of which there can be no talk of a full-fledged system of military-economic cooperation and building effective combat-ready armed forces and collective response forces of the CSTO.

On the one hand, it is necessary to create a coherent system of unified standards, and on the other, to develop the most precise requirements for those or other suppliers of weapons or military equipment regardless of the countries in which they are located.

If we want to develop competition in the military industrial complex, then theoretically we can introduce certain players, but we must work out clear rules of the game, rules of competition. Foreign suppliers should be in the same conditions as Russian, or, at least, should not have more preferential conditions or preferences than suppliers from the Russian Federation or CSTO countries.

In addition, as experience shows, the means of communication that are supplied by manufacturers from the countries of our probable opponents are, most often, second-rate products and certainly not of the latest generation.

- Unfortunately, the adoption of certain interstate documents does not always lead to their strict observance ...

- I agree, therefore, in addition to documents between countries, which would establish common standards, approaches, requirements, we must construct the work in such a way that these documents are perfectly carried out by all state structures, all elements of the military organization of states in the broadest sense.

In principle, only one interstate agreement is needed, which would regulate everything, and a set of standards and requirements to it. By the way, such a document has already been prepared, and we hope that in the near future it will be agreed and ratified by the members of the Organization.

Given that the role of the Russian Federation in the CSTO is difficult to overestimate, we, of course, must set an example for everyone. But, unfortunately, some interstate legal documents are simply ignored by some security forces. Sometimes even internal documents are not executed flawlessly. We hope that the changes taking place today in the near future will improve this situation.

Back to the section

Back to the all news